Can You See a Pattern in LoRee Peery’s Creative Process?

The Beginnings of Paisley’s Pattern:
by LoRee Peery

One of the first writers’ workshops I attended (long ago) was presented at our local community college. The leader’s name was Peter Davidson. Too many years have passed for me to remember if that was his real name or a pseudonym for David Peterson. One of the things I took away from that day was the idea to transpose hero and heroine names.

I filed that suggestion in my Ideas notebook and pulled it out when I chose Paisley Robbins and Rob Paisley for my characters’ names.

For me, new projects often begin with character.

Paisley Robbins has a hippie background that resulted in a lack of roots and a pattern of fleeing. Her love for Rob makes her long for stability and setting down roots. According to her, that cannot happen until he overcomes the chip on his shoulder. She returned his diamond ring and fled California.

Robin Paisley turns junk into treasure. His life is dysfunctional because he never knew his father and his mother gave him a name he abhors. He’s had an identity crisis, determined to prove himself greater than his wussy name. Paisley’s rejection left a hole in his heart.

After brainstorming and a few what-if questions, I came up with the concept for Paisley’s Pattern.

A few months after my first release in 2010, I received a letter from a cousin whose existence had been kept from my family. Since Rob has bitter feelings about his parentage and the wedge he created between him and his mother, I wove into the plot how Paisley meets Rob’s unknown brother.

Part of my process is creating a collage. These simple pages give me a visual while I am writing the rough draft. 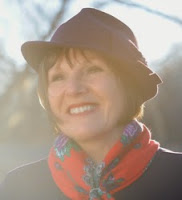 LoRee Peery is a lifelong Nebraskan who thanks her mother for teaching her to read when she was four. LoRee has devoured books ever since.

She and her husband have tackled some interesting projects over the course of their forty years of married life. That includes the use of salvaged building materials to use in the home they constructed on an acreage.

LoRee feels grounded in her sense of place in the country. She is also blessed to have five children and eleven grandchildren. 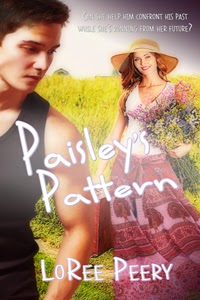 Paisley and Rob love each other, but neither is willing to correct what needs to be fixed in their relationship, so Paisley relocates out of state. When she discovers a secret that may repair Rob’s view of his past, she reaches out.

Rob is still bitter over Paisley’s inability to commit and her habit of running, but he believes she sincerely cares for him, so he investigates her claim to have found his unknown heritage. After the emotional turmoil of meeting a family he knew nothing about, Rob’s love for Paisley convinces him to reconcile their differences. His world is incomplete without Paisley. However, she is reluctant to move forward, and has an opportunity to flee again.

Will Rob help convince Paisley the answer is not to move again, but lies with the Lord, or will Rob lose Paisley forever?