There are a number of different point of view (POV) techniques a writer can employ such as first person (“I”), third person (“she”), omniscient (all-knowing), and variations on these techniques. One of my favorites to read and what I prefer to use when writing my novels is multiple limited third person POV. Multiple third person POV involves writing separate scenes from the viewpoints of each of the characters. However, one character is generally more closely followed throughout the story, and is typically a main character.

The limited third person point of view with multiple narrators is a traditional story-telling technique used by writers to increase suspense, tension, and a sense of crisis. Two different chapters may contain scenes taking place at exactly the same time, just in different locations. To keep multiple points of view straight, it is common to switch viewpoints from one chapter to another.

Some readers aren’t overly fond of this technique. Personally, I love it. Most of my favorite authors employ multiple points of view to follow multiple story line that always collide in the end to create amazing drama. Sometimes I wonder how these seemingly non-related stories are going to come together which only ups the anticipation, and when they do, the result is usually a thrilling grand finale.

All of my novels are narrated in multiple limited third person POV. I found this technique especially effective when creating my Risky Research Series since characters come and go throughout the series. For example, FBI Agent Devyn Nash played a fairly minor role in the first novel in the series, A Dose of Danger, but having a few chapters from her point of view helped to solidify her role in future novels. She took on a larger role in A Taste of Tragedy, and in the third novel in the series, A Foundation of Fear, Devyn plays a leading role. By now, I hope readers have a vested interest in her relationships and her career. This POV also helps to reintroduce characters by giving them more of a platform so that each novel can stand alone. So, whether you’re new to the Risky Research Series or have been with it from the start, I hope you’ll check out the newest installment, A Foundation of Fear, and enjoy the use of multiple limited third person point of view.

Author of A Foundation of Fear – Kim McMahill 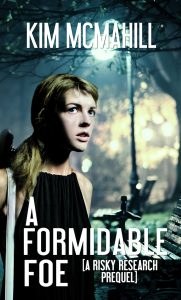 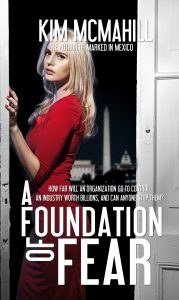