Do you have motivation? | Pelican Book Group Official Blog

Do you have motivation? 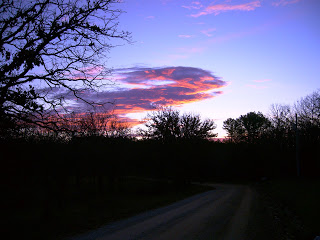 This morning I was searching for something to write about and eventually ended up in my Motivational folder. This folder contains words of advice, snippets of information, and quotes from people who simply have something to say that tugged at my heartstrings or made me think for just a little while.

Once upon a time, something happened to someone, and he decided that he would pursue a goal. So he devised a plan of action, and even though there were forces trying to stop him, he moved forward because there was a lot at stake. And just as things seemed as bad as they could get, he learned an important lesson, and when offered the prize he had sought so strenuously, he had to decide whether or not to take it, and in making that decision he satisfied a need that had been created by something in his past. ~ Plotting A Novel by Gary Provost

Unknowingly, we plow the dust of stars, blown about us by the wind,
and drink the universe in a glass of rain. ~ Ihab Hassan

Your time is limited, so don’t waste it living someone else’s life.  Don’t be trapped by dogma – which is living with the results of other people’s thinking.  Don’t let the noise of others’ opinion drown out your own inner voice.  And most important, have the courage to follow your heart and intuition.  They somehow already know what you truly want to become.  Everything else is secondary.  ~ Steve Jobs

When in doubt, have a man come through the door with a gun in his hand. ~ Raymond Chandler’s advice on writing

Wait on the LORD: be of good courage, and he shall strengthen thine heart: wait, I say, on the LORD. ~ Psalm 27:14

As you can see, I have an eclectic assortment of motivational sayings. Perusing them occasionally helps keep me grounded in the world. Humorous, spiritual, emotional meanings can give one time to ponder as they go through the day. What words touch you?

P.S. The photograph is a summer sunrise on the road past my house two years ago.