Never Too Late by Michael Duncan 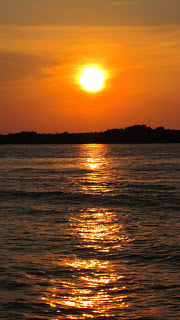 I was in Utah, serving the Lord and the U.S. Air Force at Hill Air Force Base. The chaplain of the base, a friend and encourager in my life, asked me to fill in for him at a rescue mission in the city of Ogden. It was my first time to preach a sermon in front of a live audience. I had led Bible studies, shared my testimony and generally spent some time in a variety of “public” ministries, but never had I preached in front of an actual gathering of people. I was young (far younger than I am now).

When I arrived at the mission I encountered a man who, to see him, looked like one of those wizened prophets from a movie like The Ten Commandments. He sat in a small, constricted cubicle, little more than a closet with a desk and chair. The grey-haired man poured over the Bible as if the words might fall off the page lest he read it. I watched his shriveled fingers work a pen on paper and his head move back and forth as he studied.

In the crowded room, as other men ate the meager meal, the mission director approached me. He had noticed my interest in the old man and placed his hand on my shoulder.

“An old man, studying,” I said, curious as to the obvious nature of the question.

“Why don’t you go and talk with him.” So, at his encouragement, I entered the small chamber and stood over the desk. The man looked up. His wrinkled eyes smiled and he offered a bearded, toothless grin.

My curiosity was in full vigor but I simply asked, “What are you doing?”

“Preparing for the ministry… God’s called me to preach!” His enthusiasm rumbled in his graveled voice.

I left that night, but returned week after week to help the work of the mission. Each night he was there, alone in his hole, eyes fixed on the Bible. He was little more than an oddity to me, a sixty-two year old man who lived on the streets most of his life and didn’t fit the picture of a man behind a pulpit. Then one day he was gone.

To make a long story short, I asked the director and he told me what happened. Several weeks prior, the old man sent his information to a small church near Chicago. God opened a door for that man and, at the spry age of sixty-two, he took on his first pastorate.

A good friend of mine struggles with the idea that it is too late for him. He wonders if, perhaps, opportunity has passed him by and all that is left is to wait for the end. What I’ve discovered from God’s word is that there is no such thing as an expiration date when it comes to serving the Lord—except when God says that your time on this earth is over.

There are many who feel this way. I know I have. You might feel as if your time is up, that you are dried bones with no life left to give. Or you might think that the hope of accomplishing any ambitious goal for the Lord has vanished like mist off a meadow. You might even believe God Himself has abandoned you and that you are cut off from all opportunity.

You need to read verse 12: “Therefore prophesy and say to them: ‘This is what the Sovereign Lord says: O my people, I am going to open your graves and bring you up from them; I will bring you back to the land of Israel.’”

God can and does work restoration for His people. You might think that death is the final loss of opportunity—except for Lazarus, Tabitha, that fellow who fell on Elisha’s bones, all those who escaped their graves at the death of the Lord Jesus, a young man who fell out a window, and the list goes on. Not even death can thwart the plans that God has for His people.

Have you struggled with the notion that you’re work is shelved? It’s not. The idea that you’re time has passed is not from God. Even if you think that you have wasted precious moments and squandered opportunities, you must believe that the chance for momentum is not beyond your reach. Josiah became a king at the age of eight, and Moses didn’t start his ministry until the spry age of eighty. Time is not the deciding factor when it comes to serving God. Because God can put an old man in the pulpit, long after society gave up on him.

Your call to serve the Lord is not just about this moment. It has the potential to reach far beyond you but you have a choice to make. Will you wallow in the mire of self-doubt or rise up and lay claim to your calling from God. Don’t dwell on how much time has passed, focus on how much time is left and use it for the glory of the Lord.