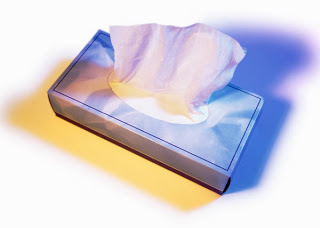 Authentic emotions. These are some of the toughest elements to include in a manuscript. Why? Because writers, like most of society, do not like to be transparent. (I can relate to this too, since I write as well as edit.) Makes us too vulnerable.

But if we don’t, we’ll probably hear something like this from our critique partners, or editors: I’m not feeling the emotion in this scene.

So, it’s back to the writing cave to scratch out a new version. Only problem is, if we restrain our own emotions again, we’ll have the same problem over and over, manuscript after manuscript. Have you heard the saying, “No tears in the writer, no tears in the reader”? There’s a reason for that.

Let me share a surefire way to overcome, once you’ve decided to dive in, no matter what it may cost you (which choice is in itself one of the most heroic elements of being a writer!): Ask yourself the following question:

What’s the hardest thing you’ve ever had to do? Before we continue, do I have your permission to dig deep…? Thank you.

Maybe it was read the eulogy at your own child’s funeral.

Or put your aging dog down.

Or face the doctors for some life-changing news.

Or carry on after a car accident that claimed your family.

Or face your birth mother who tried to abort you.

As you read that list, what happened? Suddenly the brevity of the earlier paragraphs of this article faded and a heaviness settled, I’m guessing. It did for me.

That heaviness is the first step to accessing hidden, buried emotions. Once you do, you can infuse those painful, tragic scenes in your writing with the same gut-wrenching emotion you felt going through a painful time in your own life. And if you can pair up similar situations, all the better. (Ex. Your eight-year-old character’s cat was just hit by a car and when you were a child, you lost your pet tragically as well.)

Same is true for more minor emotional elements in stories. Like the first day of kindergarten for your youngest child. Nobody died, but I imagine you still cried. Or that first week of the empty nest.

So, the key is to put yourself in the shoes of the character who is suffering and somehow get in touch with your own life experiences and the emotions those situations brought out. This will take courage, but your writing will be stronger for it. Ready? Roll up your sleeves, grab a box of tissues, access that painful stuff and… write!