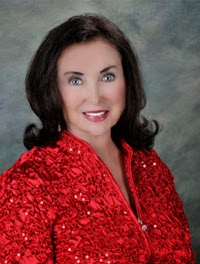 The huge four by four double cab truck took the blow on the passenger
side where my lovely thirteen-year old granddaughter sat. In the back
seat my tiny blonde granddaughter screamed. My handsome son at the wheel
yelled, “Hold on tight.”

The sixty-mile impact from the car that T-boned them sent the truck into
three side-over-side rolls, then screeching down the pavement driver’s
side down until it finally stopped twenty-five yards down the road in
the opposite lane.

Were they dead? If they lived, would they be injured and side-lined for
the rest of their lives? Earlier in the year, their middle sister who
was at a Birthday party and not inside the crashed truck, mourned a
tragedy when her best friend and the best friend’s siblings died in a
similar crash.

With the driver’s side smashed against the road and the passenger side
crushed in by the outlaw vehicle, firemen and police arrived within
minutes. They pulled the tiny blonde out through the shattered back
window. My son unhooked his seat belt which allowed him to stand on the
driver’s window. He reached across to his daughter hanging by her seat
belt and released her. Firemen pulled her to safety through the only way
out, across the second seat and through the small back window. Then my
son wedged himself out that shattered back window. The truck was toast.

They were all alive and had sustained no major injuries.

How different that could have been. If they had not worn seat belts they
could have been thrown from the vehicle as were my son’s glasses, his
cell phone, and my granddaughter’s shoe.

Seat belts helped save their lives as did the strong truck my son had
purchased that week with the express purpose of keeping his children
safe.

As wonderful as seat belts and strong built trucks proved, we are all
convinced God’s angels held each of those three lives in protective
hands. God has a plan and purpose for each of us. God didn’t intend for
last Friday’s crash to cripple or end any of those precious lives.
Perhaps he wanted to point out to those involved in that deadly crash,
that life is fragile and easily lost. Perhaps He had another reason.
Probably He had many reasons. I do know that it was not God’s time for
them to die.

No one inside the truck saw the on-coming vehicle that could have
spelled death. The impact was completely unexpected. We do not know when
death or pain will hit us, but we do know that in this life we will
experience pain, and we will die. How do we live with that knowledge?

God tells us in his Word in Hebrews 1:14, Are not all angels ministering spirits sent to serve those who will inherit salvation?

I know my son and my two granddaughters were safe in the hand of God
when the truck in which they rode was demolished. There is no safer
place then inside the hand of God. John 10:28 – My sheep listen to my
voice; I know them, and they follow me. I give them eternal life, and
they shall never perish; no one can snatch them out of my hand.

Award-winning author, Anne Greene, graduated Summa Cum Laude with a BA
in Literary Studies. Marriage by Arrangement is her fourth published
book. Anne loves to travel and has visited twenty-five foreign countries
and every state in the US. Many of her books resulted from fascinating
places she’s visited. She delights in writing about wounded heroes and
gutsy heroines. Her second novel, a Scottish historical, Masquerade
Marriage, won the New England Reader Choice award, the Laurel Wreath
Award, and the Heart of Excellence Award. The sequel Marriage By
Arrangement released November 6, 2013.  A Texas Christmas Mystery also
won awards. She makes her home in McKinney, Texas. Tim LaHaye led her to
the Lord when she was twenty-one and Chuck Swindoll is her Pastor. View
Anne’s travel pictures and art work at http://www.AnneGreeneAuthor.com.
Anne’s highest hope is that her stories transport the reader to an
awesome new world and touch the reader’s heart to seek a deeper
spiritual relationship with the Lord Jesus. Buy Anne’s books at
http://www.PelicanBookGroup.com.

Visit http://www.anneswritingupdates.blogspot.com for information on writing an award-winning novel.